5 Facts About Tick-Borne Diseases You Probably Never Heard Of

If you’re a pet parent, you already must be knowing about ticks. They are creepy crawly critters that not only cause havoc to your pet’s lives but at the same time, to you as well. These nitpickers are also capable of spreading numerous diseases known as tick-borne diseases. We’ll be looking at some facts with regards to this that you perhaps might have not heard of. So, without further delays, let’s get straight into the facts.

Below we have listed 5 tick-borne disease facts that you probably never heard of. Once you go through them, we suggest spreading the word to other pet parents so that they too can help their pet stay safe. After all, sharing is caring!

#Fact 1: It takes more than a day for ticks to transmit the deadly Lyme disease.

Generally speaking, ticks (or even a single tick) must be attached to the pet’s body for more than a day (approximately 36 hours) for them to be spreading the Lyme disease bacteria. Thus, it becomes all the more important to check your buddy’s fur every single day, especially after their outdoor walks and playtime. Besides, it is better to get your pet into a tick preventative schedule. Prevention is always better than cure, right?

#Fact 2: Babesiosis attacks a dog’s red blood cells and can potentially cause anemia.

Babesiosis, a type of tick-borne disease, is generally very severe in dogs. Some of the symptoms related to such a disease are: pale yellowish gums, darkish colored urine, swollen lymph nodes, fever, and depression. This particular disease attacks all the red blood cells, and by doing so, leads to another disease called anemia.

#Fact 3: Dogs have a higher risk of contacting Lyme disease than humans

#Fact 4: It was not until 1981 that the connection between Lyme disease and ticks were proved.

Most of us know that ticks are the main carriers of dangerous Lyme disease. But before 1981, not a soul knew about this. Although six years earlier it was recognized, it was until 1981 that scientist named Willy Burgdorfer made the connection that ticks indeed spread Lyme disease.

#Fact 5: In the 1990s a town voted to remove all the deer in order to curb the spread of Lyme disease.

Deer ticks are the prime suspect of spreading Lyme disease. With the growing number of Lyme disease cases, a small island town of Monhegan in Maine had voted to remove all the deer on that island so that the spread of Lyme disease can be put to an end.

Interesting facts, isn’t it? Well, it’s time now to go and spread these interesting facts among your friends and other pet parents so that they too can learn more about ticks and tick-borne diseases. 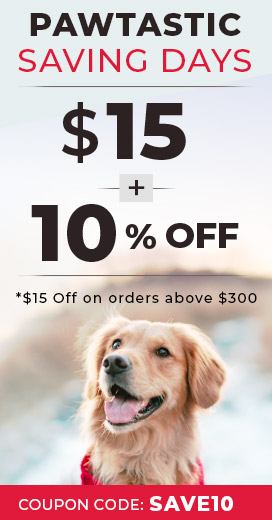