What Does Your Cat’s Sleeping Position Tell You?

Cats are peculiar creatures and we absolutely love them! Every little thing they do makes us want to grab our camera and capture the moment forever. Besides, you must have noticed your cat sleeping in awkward positions many times. Have you ever wondered why cats sleep like that? Well, there’s a reason behind why your cat sleeps in a certain position. And here we’re going to find out the reason behind a cat’s sleeping positions.

As you know, cats always prefer to be on alert mode whether they’re playing or sleeping. Since their stomach is the most sensitive and vulnerable area, a cat sleeping with her belly exposed is a rare sight. If you notice your cat sleeping in belly up position, just know that your beloved kitty trusts you with all her heart. You should appreciate this gesture as it indicates how much trust and love is between you two.

A curled up cat would look like a fluffy ball of fur. With her legs and tails tucked in and neck curled towards the chest, this sleeping position is highly common amongst cats. Generally, cats sleep in this position to preserve their body heat and also keep their sensitive organs protected. If your cat is sleeping in a curled up position, it means she doesn’t want to be bothered and left on her own. So, do your kitty some favor and refrain from petting her during this time.

Sleeping In A Box/Enclosed Space

A cat sleeping in a box is an absolutely adorable thing! You must have seen many pictures on the social media of cats sleeping in boxes. As cute as that is, there is a reason behind such behavior. Cats find comfort in enclosed spaces because it gives them a sense of security. That no is going to attack them. Moreover, in busy households with kids, a cat sleeping in a box is more common.

Your little ball of fur might sometime resemble a loaf when she’s napping. And that’s completely normal. Cats often sleep with their front paws tucked in while keeping the rest of the body in an upright position. This means that while the cat doesn’t want to sleep, she wouldn’t mind taking a small nap.

Sleeping on the side is one of the most comfortable sleeping positions for a cat. Arms sprawled out in the front and lying on the side is preferred by many cats. If your cat is sleeping like this, just know that she trusts you wholeheartedly and isn’t afraid of anyone in the house.

Above are the most common sleeping positions of cats. Though, remember, cats are highly unpredictable thus you may also come across your kitty sleeping in an awkward position. Just know that as long as your cat is comfortable, there’s nothing to worry about. Let your kitty enjoy her sleep even though

Previous: Debunking Myths About Coronavirus
Next: 5 Steps To Protect Your Pet In Summer Amid COVID-19

Beyond Anything Black Friday Sale! 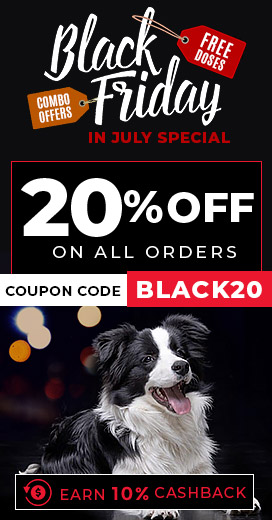